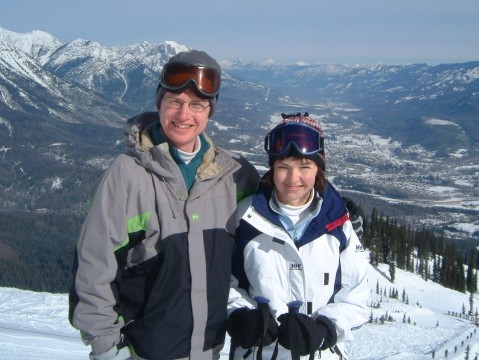 Yes, here it is, all you never wanted to know and less about yours truly.

Computer programmer. Since 1986 working at JET, the European nuclear fusion experiment based at Culham in Oxfordshire. A contractor via my own company, Python Technology Ltd; formerly employed by Hunterskil; previously by SPL International which was taken over by Systems Designers which became SD then SD Scicon and then EDS Scicon (phew!).

My wife Susie and I live in Abingdon

The Even Earlier Years

Read about Hogben family history going back to 4 BC (honestly!). (OK, so it's only back to 1020 AD in an unbroken line.)

Also I have a list of email addresses and homepages of other Hogbens on the Net.

Member of British team in 1979 and 1980 International Mathematical Olympiads. Signed nomination of Monster Raving Loony candidate for Cambridge in 1983; former member of the not-quite-infamous-enough Cambridge University Raving Loony Society. Author of the !DemConfig application in the Acorn Internet Starter Pack. Formerly maintainer of the Acornet Freeware suite of Internet software. Once had an oracularity published in the Usenet Oracle Digest.